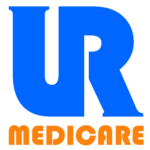 All Medicare Part D plans have four stages, and the third stage is the donut hole. However, you may have heard about the Medicare donut hole ending. The reason people used to say that the donut hole was ending is that the percentage that you pay for brand-name drugs in the gap is lower.

Confusing, right? Keep reading and we’ll break it down for you.

What is the Medicare Donut Hole?

The Medicare donut hole is a gap in coverage that can occur under Part D plans. When your spending reaches the threshold for the coverage gap, your medication costs may be higher than they were prior to you reaching the donut hole. However, depending on what you paid during the initial coverage stage, your coinsurance may be lower during the coverage gap.

Congress designed Part D so that it would provide coverage for the majority of prescription drugs. However, a small percentage of people have medication costs that go well beyond average spending. Part D was designed so that those people would then share in a greater portion of the costs for their medications when they enter the coverage gap.

Medicare designed the gap to encourage beneficiaries, whenever possible, to seek generics or drug alternatives that are lower in cost. This has helped keep the total costs for the Part D program low. If you have questions about the donut hole or your coverage, please contact Medicare or your Part D plan provider.

Is the Medicare Donut Hole Ending?

Since the Affordable Care Act passed back in 2010, the donut hole has been slowly closing.

It used to be that when you hit that point, you would pay 100% of the costs of your prescription drugs while you were in the gap.

However, the government has been reducing that percentage steadily, and as of 2021, the percentage of the cost that you pay for prescriptions during the Medicare donut hole is no more than 25%.

Once you and your insurance plan have spent a total of $4,430 in 2022, you will move into the Medicare donut hole. In the donut hole, you pay 25% of the cost of your prescriptions for both brand-name and generic drugs.

However, Medicare continues to tally the spending between you and your insurance company while you are in the gap. If your total out-of-pocket drug expenses reaches $7,050 in 2022, then you exit the gap and reach catastrophic coverage. At this stage, you will pay either 5% or a small copay (whichever is greater) of the cost of your medications for the rest of the year. The insurance company picks up the rest.

Some medications fall outside of Part D altogether, and therefore do not get tallied toward the Medicare donut hole. See our list of medications not covered by Part D for more information on that.

While the coverage gap can be painful, it’s important to remember that, just a few years ago, there was no prescription drug program for Medicare beneficiaries. Medicare Part D has greatly helped reduce drug spending for millions of Medicare recipients.

Most Part D carriers negotiate discounted drug rates with pharmaceutical manufacturers, too. You get the benefit of these discounts just for being a plan member. So even though you may enter the donut hole, you will still be getting some savings on your prescription drugs.

What Counts Toward Exiting the Coverage Gap

When you are in the gap and paying 25% of covered drugs, your spending counts toward exiting the gap. The manufacturer’s drug discount of 70% also counts and will help you exit the gap faster.

There are two things, though, that doesn’t count toward closing the gap. These are:

The amount that your drug plan pays toward the cost of the drug, which is 5% in the gap

The amount that the drug plan pays toward the pharmacy’s dispensing fee, which is 75% of the fee in 2022

Keep in mind that there other items that also don’t apply to reaching the catastrophic limit. These include your plan premium and any drugs that aren’t covered by your Part D plan.

What is the MedicareDonut Hole?

The Medicare donut hole is a temporary limit on what Part D plans will cover medication costs. After you and your plan have spent a certain amount on medications, you will enter the donut hole. Once in the donut hole, you will be responsible for more of your medication costs. Your insurance company will send you notices letting you know how much you have already spent on covered medications and how many dollars are left before you reach the coverage gap. Likewise, after you reach the gap, your insurance company will continue to send you notices that track your gap spending. They will calculate how many dollars are left before you reach catastrophic coverage.

When does the Medicare Donut Hole End?

The Medicare donut hole ends when you reach the catastrophic coverage level. At this point, your insurance company will cover most of your medication costs.

What is Catastrophic Coverage?

How do I get out of the Medicare Donut Hole?

Unfortunately, the only way to get out of the donut hole is by paying for your medications until you reach the catastrophic coverage level. However, some Part D plans may offer additional coverage in the donut hole that can help lower your costs. You can also take steps to reduce your drug spending by using generic medications whenever possible and working with your doctor to find cheaper alternatives for your medications.

Why Do Some of My Drugs Still Cost More in the Gap?

For example it’s possible that a drug with a $100 retail price might have a $10 copay during the initial coverage Level. Then when you reach the gap, the cost of that drug may revert to the standard minimum of 25%.

This should still be looked at as a WIN. You enrolled with a carrier that gives you the standard 25% coinsurance during the gap but adds even more value by giving you an even lower copay than required during the earlier initial coverage stage.

Exemptions from the Coverage Gap

Asking if a Medigap plan will cover the coverage gap in their drug plan is a common question. The answer is no, Medigap plans help to pay for inpatient and outpatient services only. Drugs fall separately under Part D. However, certain people with low incomes and limited assets may qualify for the low-income subsidy, called Extra Help for Part D. If you qualify, then Medicare will waive the gap for you. Also, your ordinary copays on your prescriptions will decrease quite a bit. You can apply for the subsidy at your local Social Security office or online at their website.

Reducing Costs in the Coverage Gap

For other tips on how to lower your out-of-pocket expenses on Part D, see our blog post about that topic: How to Reduce Costs in the Part D Coverage Gap.

All insurance agents at Boomer Benefits train extensively to carefully analyze your potential drug spending when you are brand new to Medicare and setting up your Part D coverage for the first time.

We then provide ongoing information and instructions with how to use Medicare’s Plan Finder to shop your Part D plan each fall. This exclusive help is limited to our Medigap and Medicare Advantage policyholders ONLY.

Font Resize
Contrast
Accessibility by WAH
Manage Cookie Consent
To provide the best experiences, we use technologies like cookies to store and/or access device information. Consenting to these technologies will allow us to process data such as browsing behavior or unique IDs on this site. Not consenting or withdrawing consent, may adversely affect certain features and functions.
Manage options Manage services Manage vendors Read more about these purposes
View preferences
{title} {title} {title}